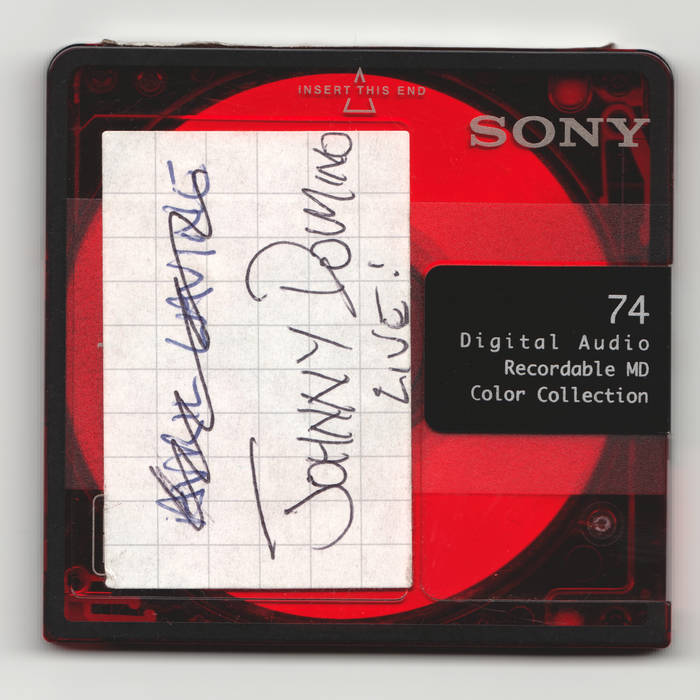 This recording from a couple of years before our last gig finds us in the glittering environs of Derby's Victoria Inn pub - a place so grotty that people had to (more or less) cross the stage in order to use the "toilets" (such as they were).

Looking at the list of gigs we played, two weeks following this we played a Christmas gig at the Blessington Carriage with Plans and Apologies, [Heart] Yeah! and YouNoGoDie. Gigs at the Bless were always well attended, especially with those bands, plus it was two days before Christmas. Why didn't we record that??

It could be a fun game to count the hands clapping in the audience - as Jim says at one point, there's no point in introducing the band as most of the people in the audience were on the same bill (trivia fans might like to know that those other bands were Lardpony - who, as Jim says, we genuinely did love playing with - plus Halfwit and The Atoms).

Obviously all of our 'proper' stuff was recorded with a drum machine. Jeff was someone I knew through work and I always knew him to be an excellent drummer. He came to see us at an earlier (drum machine) gig and offered to play for us - I think he liked the rigidly restrictive machine-like beat and wanted to see if he could do it. I also think he used to like playing with a minimal set up.

I wish we'd made more recordings with Jeff - we got really loosey-goosey playing with him, and it would be nice to have a record of it.

Johnny Domino - right in the sweet spot between the death of home-taping and the mass adoption of smart phones.

Jeff recorded this on MiniDisc from a vantage point just to the side of his kit. Having said that, it's a fairly decent, well-balanced sound.

I used to love MiniDiscs. This one belonged to Jeff. Why did he have one which at one point had featured Avril Lavigne? Was it a compilation or a particular album? We'll never know.