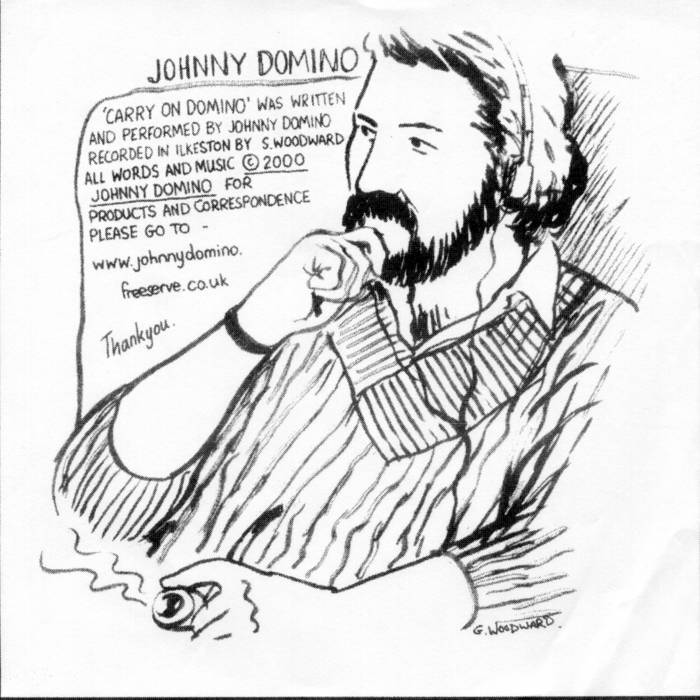 This is a slightly different mix to the version on "The First 100 Years".

The music for this was entirely based on Travis's mega-hit "Why Does It Always Rain On Me?" - I nicked the rhythm and added every minor-7th chord I could find, plus loads of cowbell on the glam-rock bit.

This was probably the last time I made up JD music and then taught it to the rest of the band. I can't remember if it was especially traumatic but after this everyone pretty much made up their own parts.

I'm responsible for the "Ronnie-Hazelhurst" synth-trumpet bit near the end.

This was recorded on 8-tracks in Ilkeston - we took it to The Hive in Derby where Julian Berry mastered it.

"Carry On Domino" was released on 'Flying Time #1" through The Octane Foil Recording Company - a split 7" single featuring us, John Wayne Shot Me, Charlottefield, Blimey! and A Series Of Wheels.