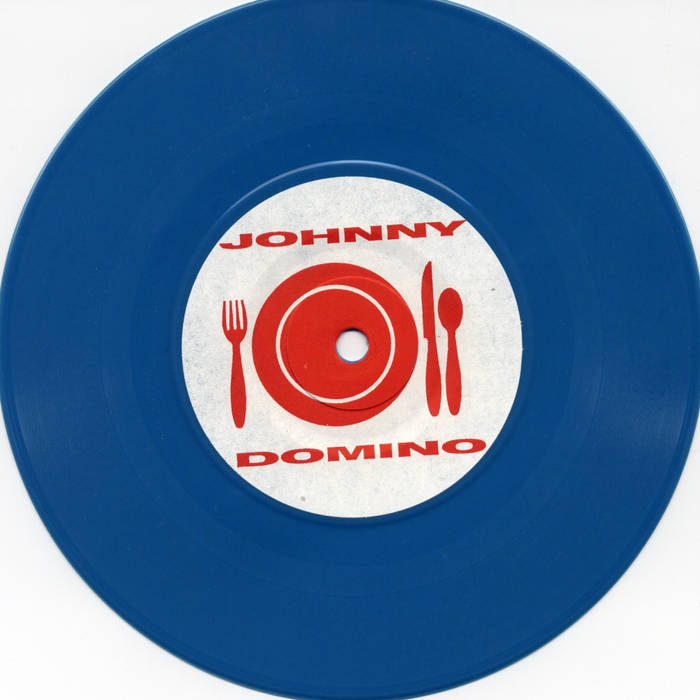 Up until this point, me and Giles had always worked in a certain way. I was working part-time and when I wasn't at work, I would make up bits of music and record them on our 4-track. Frequently these original recordings would end-up as the finished track, once Giles had recorded the vocals - I had a morbid fear of re-recording.

As such they frequently had a similar verse-chorus-verse-etc structure and they were always pretty short. So for this track we purposely decided to record a long song and stretch out over 7 minutes (it's actually just a few seconds shy of that).

I think this probably my favourite Johnny Domino recording. Cool title and fantastic lyrics, too.

Giles sings and plays drums, bass and keyboards on this (our Casio synth had masking tape on the required notes for many years); I play acoustic and electric guitars.